Free MMORPG Gamers love games that come with features that a different, even if that game doesnt offer a ton of things that are different, a feature that isnt seen a hundred times before is very welcome. When that feature allows the gamer to transform themselves into a dragon, and become a powerful force. Things really get interesting.
Dragona Online, a free to play MMORPG from GameClub, is offering players just this opportunity. This is one of a few features that Dragon Online has put together to allure players to the gaming world of Bartan. Is it enough that you should pay attention to Dragona? We will take a look at this and many of the other features that the game brings to the table below.

Getting started in Dragona can be an interesting affair. For me I had a few issues getting the game to send me a confirmation email. I ended up having to abandon my gaming email and register a free account with a free service which finally allowed me to register and get the confirmation email. This was a very minor inconvenience, but one that should be noted in the event that someone else has a similar situation.
Once logged in, the standard process of logging in, selecting a secondary password, and then selecting a server were all there. At this time the game only has one server, so not many options there.
After we were logged in, we moved quickly to the character creation process. The games options here can be disappointing to some users as the character classes are gender locked. So, while there is a good amount of variety, there are still some gameplay types that may not be available to a player unless one is willing to play the opposite sex.
Also, not all classes are playable by all races, this is something that players are a bit more accustomed to though. There are four races, each with two character classes. With classes ranging the gambit of the standard archetypes that players are use to, Tanks, Healers, DPS, and Ranged DPS.
During the character creation process you will have several aesthetic choices, face, hair style, and hair color, and one transformation choice. When choosing your initial dragon transformation choice, a play will want to pay attention to their character class of choice as well as playing style. The initial dragon transformation selection will give players the opportunity to determine which body part they will be able to transform from the start of their adventures. With this decision comes specific bonuses that can be very helpful to players as they start their journey. So choose wisely.

Now that we have our character created we jumped into the game and quickly into the action. Dragona wastes no time running you around the game world on mundane tasks to learn controls or interface options. They have tips that show you the basics, but these come up as you are in the thick of battle and leveling your character. Leveling up comes regularly and with it comes skill points. You will have many skill options, so once again the player will get to pick and choose how they build their character. This is nice as the character creation process seemed to lack options, the skill system more than makes up for deficiency.
The games interface is also nice and clean and easy to use. It isnt overly cluttered with options and leaves the screen open for the player to focus their attention on the gaming world and the action. If you have played any free MMORPG in the past, you will quickly find your way around the hotkey shortcuts and have no problem quickly immersing yourself into the gaming world.
Right from the start a player is also given quests to accomplish. One of the nicest features here is that you do not have to find an NPC or travel long distances to turn in quests. You establish a communication link that allows you to communicate and complete quests from where ever you are in the world and quickly gain your rewards. Some quests will require you to find certain NPCs, but the games autopathing system quickly will take you to where you need to go, so you are not endlessly searching.

Who doesnt want to turn into an all powerful fire breathing flying dragon. Well, you are going to have to tame your expectations a bit on the fire breathing and flying part. While the game does boast dragon transformations, the dragons are a bit different in this world. You will start out only being able to transform one body part, and as previously mentioned, you will want to choose which body part wisely. Each body part has bonuses that will help you during your adventures. As you gain more transformations you will be able to have multiple body parts transformed, until you are able to do a full transformation and really take advantage of the bonuses that come with this feature.

PvP in Dragona is not only fun, but it is highly rewarding. You will have to level up to 15 before you can take part in the action, but this does not take more than a few hours of gameplay to accomplish. Once you are able to participate in the PvP action, you will find yourself able to earn not only PvP gear rewards, but also Experience.
PvP battles happen every 2 hours in the game world and players are notified approximately 1 minute before a battle is able to begin. Selecting to participate will add the player to a battle where they will combat against other players to reap the rewards as the victor of the battle. As the winner you will earn points that can be redeemed for gear and other items. With PvP being a great way to earn experience, expect many of the games players to be taking part in every battle, and it to become the focus of almost every players leveling scheme.

Graphically, Dragona Online is gorgeous! The game world looks amazing, the skill and spell animations are very well done. With many different environments to see as a player travels through the world there will always be something to catch your eye. The character models are not too hard on the eyes as well. With most of the female characters sporting some form of fleshy enticement through their armor, whether it be cleavage, side boob, under boob, or a mix of all of the above. It was clear that the female toons were meant to allure the male audience.

While being able to transform into a dragon is a really neat feature, it is actually not the best feature that Dragona has to offer. This is a positive in our eyes, as the game has so many quality features, and truly shows that the developers took the time to see what gamers enjoy and built a game with that in mind. Creating a beautiful gaming world is just half the battle for a developer. Throwing in a few unique features and you really have something. Then put together a highly rewarding and fun PvP system, quality crafting and item enhancement system, and much more.
Dragona is a solid offering to a list of free MMORPGs that is getting very long. Long gone are the days of being able to just spit out anything and gamers will flock to it. It is nice to see that Dragonas developers and publisher took that to heart and made sure to deliver a quality product that gamers will love for a long time. 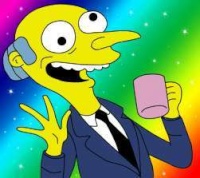